In the Litecoin Blockchain, MimbleWimble Technology and the Lightning Network are Being Used 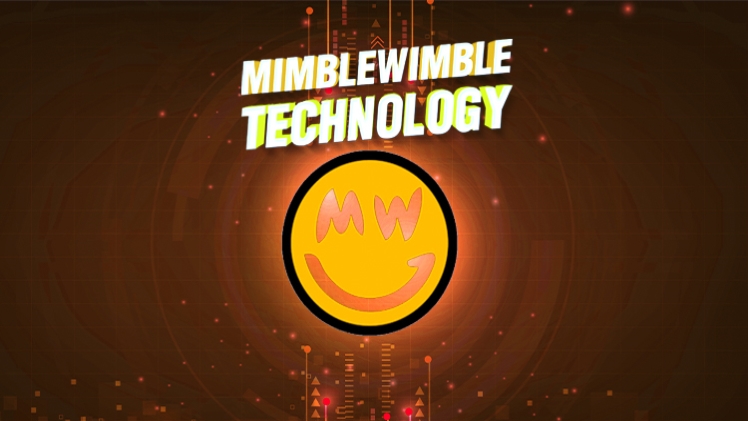 Charlie Lee introduced Litecoin to the market in 2011 as a coin that was similar to Bitcoin. Litecoin has succeeded in establishing itself as one of the most well-known cryptocurrencies, attracting the attention of cryptocurrency activists. Litecoin’s development team has added two new technologies, Lightning Network and MimbleWimble, to make it one of the most well-known rivals in the world of cryptocurrencies. By raising the transaction rate per second, Lightning Network puts Litecoin in direct rivalry with conventional payment solutions like Visa (TPS). On the one hand, Wimble improves its privacy while also reducing the size of the Blockchain.Each technology used in Litecoin is discussed in the following sections.

In 2016, an unidentified person using the moniker Tom Elvis proposed the MimbleWimble protocol. Then, near the end of 2016, an anonymous user named IgnotusPeverell uploaded a version of it on GitHub. MimbleWimble has released two versions, Grin and Beam, at the moment. MimbleWimble employs the CoinJoin and Pederson commitment algorithms. The name of this concept and the pseudonyms employed to build it were inspired by J.K. Rowling’s Harry Potter stories.

The CoinJoin combines several transactions into a single transaction. This strategy ensures anonymity while reducing the size of transactions stored. The CoinJoin concept is very similar to those who save their money and make a series of purchases. In this situation, it is impossible to say how much money was spent on which item. Furthermore, it is not possible to specify how much has been paid to which address by which address in CoinJoin. Payment has been made to a set of addresses from a set of addresses (inputs) in a generic sense (outputs).

One of the disadvantages of Blockchain-based payment systems is their slow pace when compared to well-known international payment systems like Visa and PayPal, which confront the problem of inefficient processing. When comparing productivity, running speed, and validating cryptocurrency transactions, there are a few key parameters to consider. In most cases, generating a new Blockchain and adding it to the Blocks’ chain takes a set period of time. For Bitcoin, this period is ten minutes, while for Litecoin, it is two minutes and thirty seconds. Each block is limited in size and contains information from several transactions.

For payment confirmation on the Blockchain network, simply analyzing a transaction is insufficient. The cause for this is a weakness in the Blockchain to a double-spending attack. In this technique, the attacker can quickly reclaim his Bitcoin. As a result, to confirm a transaction, certain new blocks should be appended to the transaction block. As more blocks are added, the transaction becomes virtually irrevocable. The number of these blocks varies every cryptocurrency, and it is one of the most crucial characteristics when comparing the speed with which cryptocurrencies transactions are confirmed. Doing a transaction without confirmation considerably increases the risk of a double spending attack.The Bitcoin network requires 6 blocks to confirm a transaction, which takes 60 minutes, whereas Litecoin requires 12 blocks, which takes 30 minutes.

TPS (regardless of confirmation) is determined by a number of factors, including block size, transaction size, and the time it takes to construct a new block. The most obvious strategy to boost this rate is to increase block size while lowering the time it takes to generate a new block. Bitcoin cash, which split from Bitcoin in the middle of 2017, raised the size of each block to 8MB as an example of such a shift. The transaction rate increased to 61 TPS as a result of this adjustment. Despite the fact that this method appears to be efficient at first glance, it will not be sufficient to create a fast and competitive payment system that can compete with Visa. The Blockchain Scalability Problem refers to the restrictions of the Blockchain construction in terms of increasing transaction rate, and there have been numerous ideas to overcome this limitation. The Blockchain Scalability Problem has been solved by recent inventions such as SegWit, Lightning Network, and Plasma Cash.

Pieter Wiulle first announced the SegWit protocol, which is abbreviated as SegWit, during a conference in 2015. By modifying the data storage technique, this protocol allowed for more transactions to be stored in each block. This protocol was originally implemented in Litecoin on May 10, 2017, and later in Bitcoin on August 23, 2017. The number of stored transactions in each block was increased to 8000 as a result of this deployment.

Lightning Network is another solution for this problem that has been offered. This approach works by verifying a transaction without storing it on the Blockchain. Through the creation of a new layer on the Blockchain, this concept creates two-way payment channels between users. The Lightning Network approves a transaction and immediately resets the transaction charge to zero. Transaction participants must first create a Multisig cryptocurrency wallet. To confirm a transaction, such wallets require signatures. Then each of them sends a particular quantity of cryptocurrency to the wallet’s address. It has been referred to as the “payment channel launch stage” up to this point. Parties to a payment channel can now shift the desired amount by adjusting the balance of a shared wallet and signing transactions with one another. Finally, the final balance is maintained in Blockchain when the payment channel has expired. The channel will expire in one of two ways: after the set period has passed or when the required number of transactions has been reached. Payment channel allows each transaction to be completed without paying a charge and without the requirement for miners to ensure that each transaction is completed on time.

Another aspect of Lightning Network is that it allows two users to trade digital assets without using a shared channel. Of course, this necessitates the establishment of a communication path between the parties involved in the transaction. To conduct transactions between users who do not have access to a shared channel, Lightning Network employs a mechanism known as Hash Time Locked Contracts (HTLC). Assume Alice wishes to send Bob 1 LTC. Although Alice and Bob do not have a shared channel, they do have one with a third person named Charlie. Bob (receiver of 1 LTC) creates a random string A and sends it to Alice with its hash (H(A)). Alice sends Charlie 1 LTC on the proviso that he can only withdraw it if he sends Alice the sum A. Charlie gives 1 LTC to Bob, exactly like Alice, but with the caveat that he can only withdraw when he sends the same amount of A to him. Bob sends string A to Charlie and withdraws his 1 LTC. Charlie, too, sends A to Alice and withdraws 1 LTC after earning it. The ability to pay in Lightning Network is supplied in this fashion, thanks to the utilisation of intermediary nodes.