Top 10 Forex Brokers In The World

What Is Graphic Recording? 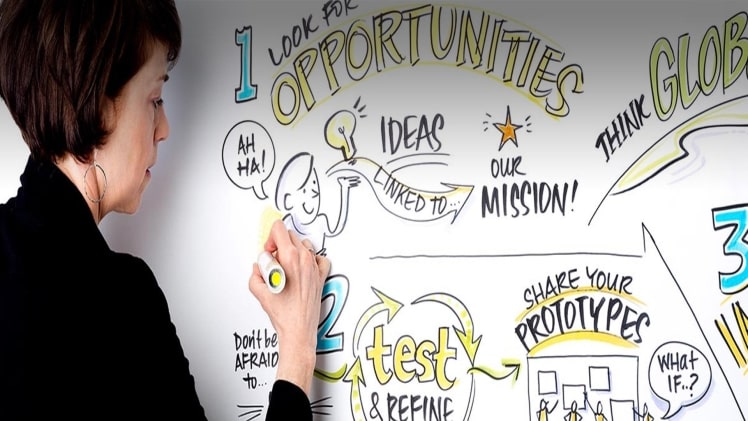 Graphic recording is an excellent tool to merge the gap between visual thinking and the real world. The technique helps people connect, contribute, learn and create new meanings. In this article, we will mention a few details concerned with graphic recording.

1. A way for performing graphic recording

For performing graphic recording, a person needs blank paper and colorful pens. After collecting the required materials, they need to start drawing images or symbols and writing phrases or words that depict the idea that needs to be conveyed.

Once the drawing and writing part is confirmed, a pattern becomes visible, displaying the idea supposed to be conveyed.

While the person responsible for conveying messages is drawing and writing the messages, a recorder continuously records and displays what’s being done on the paper to the people. Thus, the people can gain valuable insights and information related to the idea.

In modern times like today, blank paper and colorful pens are replaced by tablets and stylus. The graphic creator creates different images and writes different messages on the tablet, which are then recorded and conveyed to the public.

2. Why using Graphic recording is beneficial.

Information is vital, but keeping that information in our consciousness and remembering it correctly is more important. According to research, the human mind is more powerful in retaining visually displayed details. Thus, graphic recording can be a feasible way to communicate with the masses. It will make them retain the details concerned with the topic.

Moreover, apart from conveying information, graphic recording also motivates employees. Because when people see visuals and emotion in the area of expertise, a sense of excitement germinates in their brain. Whereas if the same information is conveyed in an uninteresting way where the printed handouts are offered to the employees. The same information becomes overwhelming, and it becomes difficult to process and react to the information.

Moreover, with graphic recordings, it becomes easier to judge people’s emotions watching the recording. Furthermore, if the content displayed is intriguing, it becomes much easier to retain the essential details associated with it.

On earth, there are several languages spoken by trillions of people. Thus if I wish to convey a message in my mother tongue globally, it will certainly become difficult because interpreting the message will become difficult for those who don’t have a proper understanding of my native language.

“HEMP or CBD IS A STRONG ECONOMIC CROP. CREATE THAI FARMERS WITH THEIR EYES AND MOUTHS OPEN GENERATE INCOME FOR THE PEOPLE.”

RO Water Purifier: Is The Purified Water Of RO Safe To Drink?

What can CRM Software do for you?