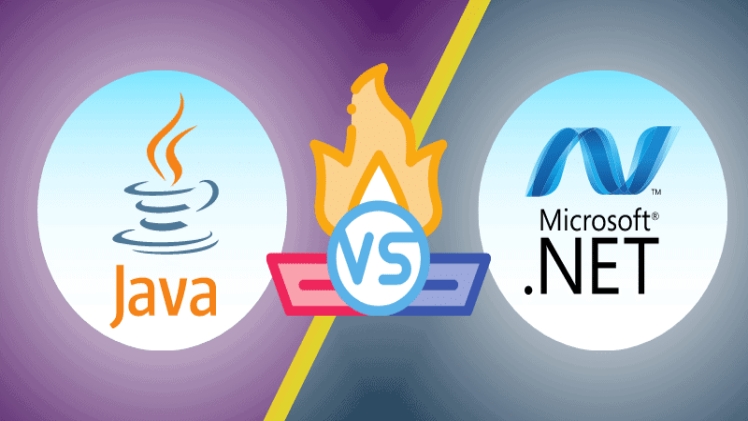 Believe it or not, the most difficult part of the software development process isn’t always the coding itself or the extensive testing. Sometimes, one of the most challenging and stressful parts of the job is when CTOs, development teams, and decision-makers must face the choice of technologies and platforms with which to build their new products.

These decisions play into every aspect of the development life cycle, from deciding which programming languages to use for the front-end and back-end to database and framework choices. With so many options available on the digital market today, sometimes this is a rather agonizing process for everyone involved, which makes it important for devs to know the pros and cons of each tech considered for the job.

Why Compare Java and .NET?

There are many options when it comes to frameworks, all of which provide a wide range of features to meet varying development needs. Two of the most used and favorites among developers are .NET and Java. While some may wonder how the 2 compare being that Java is technically a programming language, it’s worth noting that it’s also commonly referred to as a framework.

Development teams use both frameworks for building desktop and web apps, and both are especially popular for building complex enterprise solutions. Both are object-oriented and have similar syntax, and are also based on C and C++ languages. They both also allow for code modularity.

Yet, even when both technologies are similar on the outside, they also offer unique advantages and disadvantages throughout the development life cycle and beyond. Development teams must consider these aspects when choosing the right tech for their projects.

Developed by Microsoft and released originally in 2002, .NET is an open-source framework originally intended for use with Microsoft products. Its first versions wouldn’t allow coding or the running of developed apps on any other operating system. It was also a closed-source system, which meant that the public couldn’t access the framework’s source code.

In 2016, Microsoft released the new and improved .NET Core, which made the framework a much more popular choice in the dev community. Before this release, .NET was never truly a contender because of its limited use cases. .NET Core’s expanded usability made it a popular opponent for Java as a framework choice.

Today, the former .NET Core is now called .NET 5 and ranks as one of the leading frameworks today. That might as well be because of its advantages, which include:

Java is a cross-platform, object-oriented programming language considered for a wide range of general-purpose use cases. Its original release was over 2 decades ago but it continues to rank as one of the most popular programming languages still in use today.

In Java, developers write code, compile it to bytecode, and then the Java Virtual Machine converts to the requirements of various devices for cross-platform utilization. However, it only requires one codebase for different platforms.

Developers use Java for a wide range of projects, including finance projects, the Internet of Things, eCommerce, and even stock market solutions. While it’s starting to gain traction in the world of Big Data, it has yet to reach maximum potential in that market. In fact, and even for all its years, some developers believe that Java’s potential isn’t even fully realized yet.

The advantages of Java include:

While both Java and .NET offer development teams with many advantages, devs should take the time to consider the project at hand and decide which of these technologies is best suited for its needs as well as theirs.